When you book with an account, you will be able to track your payment status, track the confirmation and you can also rate the tour after you finished the tour.
Sign Up

Or Continue As Guest

When you book with an account, you will be able to track your payment status, track the confirmation and you can also rate the tour after you finished the tour.
Sign Up
67

Why Book With Us?

Do not hesitage to give us a call. We are an expert team and we are happy to talk to you.

If you were looking for true beauty, then our 4 days Cairo and Luxor holiday package is what you need. Don’t miss the chance to discover all the hidden secrets and mysteries of Cairo and Luxor. Spend four magical days observing the true definition of the word miracle Pharaoh in front of your eyes with the mesmerizing sight of the Giza Pyramid Complex and the marvelous monuments in the Egyptians Museum, then continue to the legendary city of Luxor which holds the holy Karnak temple, Valley of the Kings and many more.

Upon your arrival, you will meet our employee at the entrance gate who will assist you in finishing all the necessary formalities and transport you to your 5*hotel in Cairo.

You will begin your amazing 4 days Cairo and Luxor holiday package with a magical dinner cruise on the beautiful Nile river.

Giza pyramids complex dates back to 2400 years B.C and holds all the great Pyramids of Giza (Cheops, Chefren, and Mykerinus). You will begin with the Pyramid of king Kufu which is properly the most famous because it’s the largest pyramid in existence as it reaches the height of 147 m and about 2,300,000 stones were used to build it on the course of 20 years.

Then move your eyes to witness the biggest statue in the world:

The Great Sphinx is the oldest known monumental sculpture. When you head to the Sphinx, you will see that it has ahead of a man and a body of Lion and the purpose for building the sphinx is to protect the pyramids and intimidation the thieves of tombs. After that turn to the mysterious

The Valley temple was for the sole purpose of mummifying the bodies of many royalties and nobles.

Have your lunch, then end your Cairo tour by paying a visit to:

The Egyptian Musuem displays more than 120,000 genuine artifacts that various between Roman, Greek and Arabic origins and includes Tutankhamen collection of treasures that date back to more than 3,500 years. After that transfer to Cairo airport to catch the flight to Luxor, and check in at 5* hotel for overnight.

After having your breakfast, our tour guide will accompany you to visit the immortal place in Luxor:

Valley of The Kings

The Valley of The Kings hold the mummies of Egypt kings and Queens from the 18th to the 20th dynasty. The Valley contains the beautifully decorated well-preserved tombs of “Pharaoh Ramses II” and the young Pharaoh Tutankhamen that contained many precious and valuable materials which might need in the afterlife.

Then walk with the tour guide to witness:

Queen Hatshepsut Temple is a true example of the advanced level of classical architecture The ancient Egyptians were able to reach as it was built on three levels and one of the most wonderful temples in Egypt.

Move to have your lunch then continue to visit:

Colossi of Memnon is two twin massive stone statues of Pharaoh Amenhotep the third made from blocks of quartzite that were moved 700 km from Cairo to Luxor.

After that, turn to the holy temple in Luxor:

Temple of Karnak is the largest and oldest house of worship ever built by man in history on 147 acres on land and was enlarged over the generations by many Pharaohs who desired to honor the gods. At the end of the day transfer to Luxor airport to fly back to Cairo and overnight

Fly Back to Home

Enjoy your breakfast, then transfer to Cairo airport to end your departure formalities and this will be the end of your Cairo and Luxor holiday package.

Note: If you didn’t find what you are looking for, then check our Nile cruises, or Egypt tour packages to choose your dream tour. 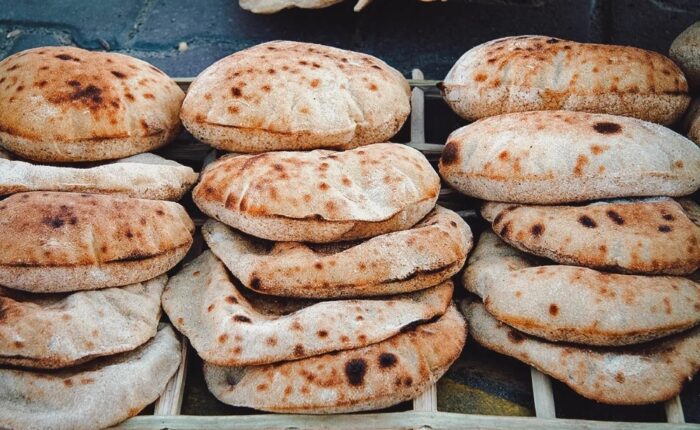 From$75
Approx. 5 Hours
Your Hotel In Cairo / Giza
In the morning will pick you up at 09:00 pm from your hotel ,Find the best places to eat in Egypt and enjoy many delicious food starting with lunch meal […]
9 travellers are considering this tour right now!
Click to Chat!
#
Agent (Online)
×

We are here to help. Chat with us on WhatsApp for any queries.